During February much of the South Pacific has been affected by extremely heavy rain. Many South Pacific countries experienced flooding at the same time. In Honiara, Solomon Islands, many parts of the city experienced flooding (including the Live & Learn office!). On the 7th of February one of our sanitation enterprise communities recorded 65mm of rainfall in just three hours. This cause the level of the rivers to rise, and most drainage system within Honiara city become blocked and compromised. The heavy rain in the Solomon Islands affected the accessibility of clean water, with the Solomon Islands Water Authority reporting extensive damages to the main distribution pipeline. As a result the two pilot schools in the WASH in Schools program joined many other schools in Honiara and delayed the start of the school year: “Without water our toilets, and sanitation in general, will be affected” school principals said. During this wet time Live & Learn Hygiene Promotion officer Angela Isihanua worked with the Namoliki and Henderson community sanitation enterprises to conduct WASH Walks in their communities. 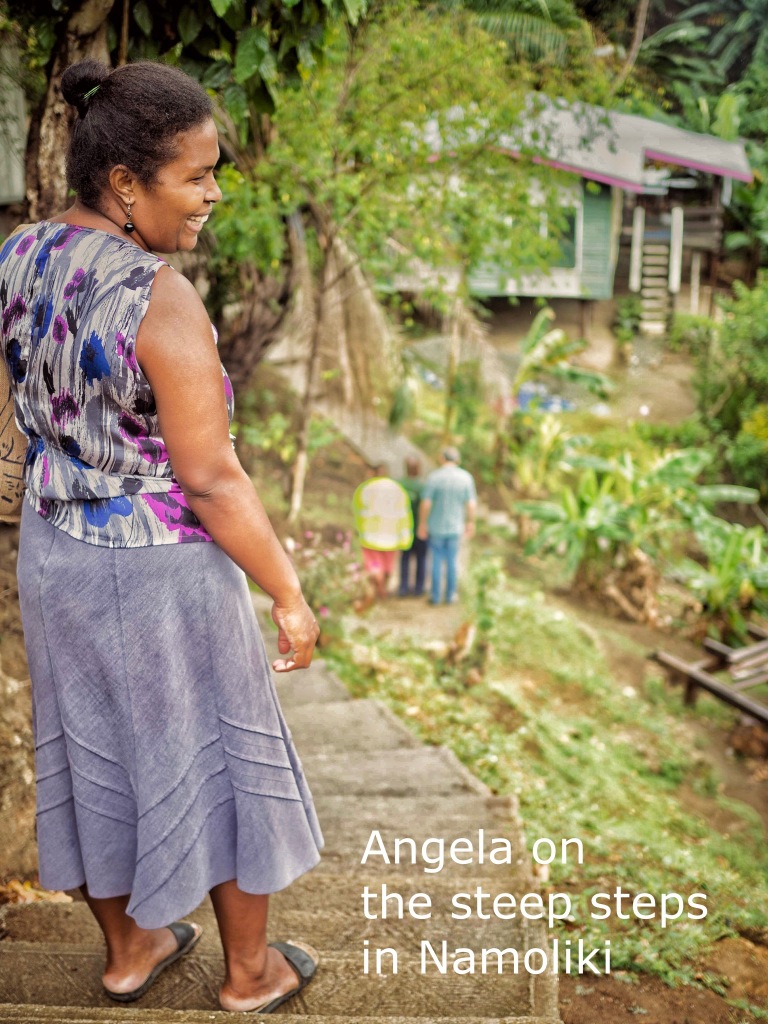 The objective of a WASH Walk is for community members to assess the current WASH situation in the community and collect qualitative data on changes, improvements and challenges. Angela begins by introducing the activity and facilitating a discussion on who will participate in the walk. Participants are then given each copy of the previous WASH Walk report to look through while they walk so they can capture any changes, or improvements occurred in the past 12 months. These changes are then captured on an updated WASH community map.

Namoliki is a very steep peri-urban area, with houses built along the hillsides. During the previous 12 months heavy rain had caused several small landslides, including one that resulted in dealths of some family members. Newcomers to this peri-urban community continue to build housing on the steep slopes. The participants on the WASH Walk were concerned that the construction of new houses is increasing the risk of landslides during heavy rain, and increased risk of contaminating the drinking water source in the base of the valley. They were also worried about the continued lack of toilets due to the difficult terrain.

The WASH Walk identified new household water tanks that had been installed, and also the construction of the new sanitation park by the community-based sanitation enterprise, including demonstration models of different types of toilets. The WASH Walk activity is considered a good monitoring tool by the community, as it helps them to look back and see what changes have happened with the WASH situation, and replan and take action on what needs to improve. The WASH Walk report captures the WASH changes, improvements, challenges and gives a benchmark for the community to look into ways of improving their WASH situation. It also allows the community to celebrate any success that has been achieved over the previous 12 months. 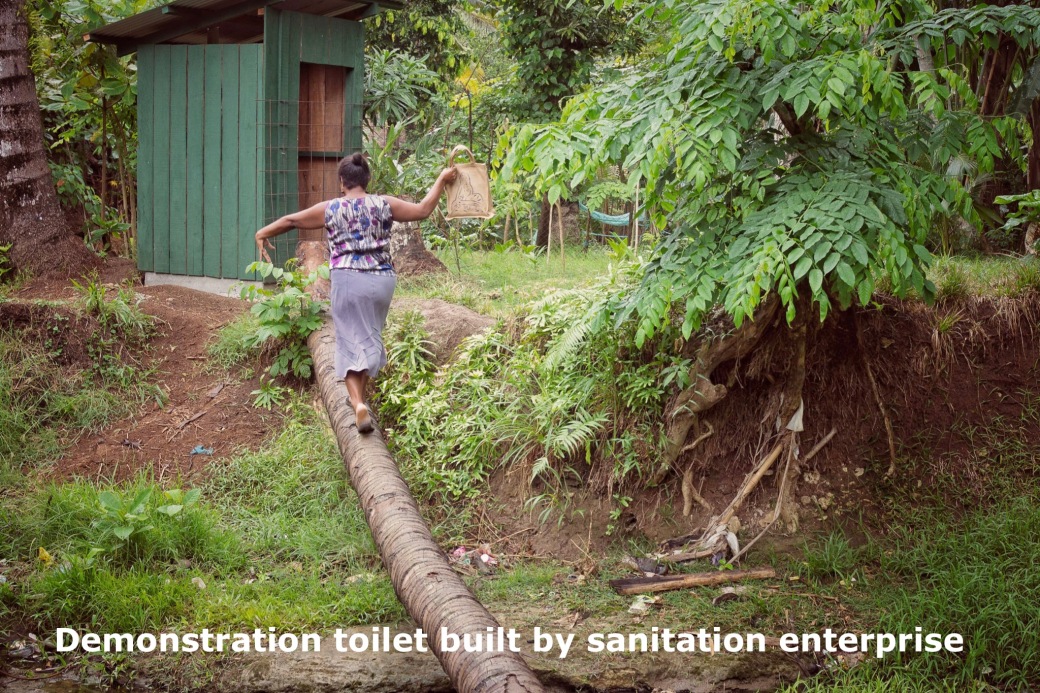 This is one of the activities implemented by Live & Learn Solomon Islands through the Western Pacific Sanitation Marketing & Innovation Program, funded by the Australian government through the CS WASH fund.

This article was written with the help of Angela Isihanua, Hygiene Promotion Officer for WPSMIP Live & Learn Solomon Islands.

Follow The WASH Business – Live and Learn on WordPress.com